Should Men Wear the Pants in the Relationship?

Tradition has typically held that women stay at home— with the children, if applicable— while men are the breadwinners, who go out and earn a living.

For better or worse, that script no longer necessarily holds true.

Through the first decade of the 2000s, stay-at-home dads made up 3.5 percent of households where at least one person in the married couple worked full-time. This was a marked increase from the 1990s (2.7 percent) and from 1976 through 1979 (only an even two percent.)

As more women aim to take on the role of breadwinner, it has begun to be questioned whether men should still aim to “wear the pants” in a relationship.

(Wearing the pants, for those uninformed, means to be the person in charge of a marriage or family. It, itself, is not necessarily a gender-neutral term, as its etymological roots are derived from the notion that men traditionally wore some sort of slacks to work.)

This post will address whether men should still attempt to wear the pants in a relationship in the 21st century.

While the idea that there is no definitive answer as to whether men should wear the pants may seem like a cop out answer, the truth is that it depends upon the nature of the relationship.

If a woman is mainly married to a man in order to feel supported financially, for example, there is a good chance that she will leave once she feels financially independent.

Unfortunately, in modern times, the statistics suggest that many women who earn a decent living are more likely to want a breakup or divorce. One study conducted in the U.S. found that amongst college-educated couples, women initiated 90 percent of divorces.

This figure is even higher than the disproportionate rate of divorce initiation by women in the general public, which sits at 70 percent.

Other studies have shown that men who do the majority of the housework, on the other hand, are 50 percent more likely to initiate divorce.

This all leads to an important point: although stereotypical roles can clearly change over time, maybe there is some justification as to why men have traditionally earned a living for the family, while women have taken on responsibility for work around the house.

It would seem that men, in particular, are often uncomfortable taking on the tasks of their wife or girlfriend. 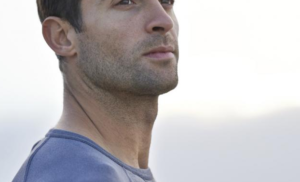 More important than who wears the pants is the notion of setting clearly defined roles for one another.

If you decide to work full-time, don’t let your partner delegate other tasks to you that you didn’t agree upon. Part of wearing the pants is organizing and taking control of your unique situation.

To clarify, there is absolutely nothing wrong with letting your partner wear the pants, but you must understand that you are relinquishing control if you decide to do so.

The person who wears the pants typically dictates everything from financial matters to frequency of sex.

All this brings us to another option for couples in the modern era.

In large part due to the loosening of gender norms, it is perfectly acceptable to “share the pants,” so to speak, in a modern relationship.

This can be done with or without children, although it is certainly easier to do when childless.

For a simple example of how this would work, think of a college-educated man and woman. The man may be a banker, while the woman could be an accountant. They both wash their own clothes, do their own dishes, and pay their own bills.

While this couple need not have a child, if they did, they’d split their responsibility for him or her— the man might pick them up from daycare on certain days, while the woman would pick them up on others.

In other words, each partner is fully independent and responsible for themselves, but have decided that together, they form an even stronger entity that is formidable.

With nearly 70 percent of mothers in the labor force— either working or looking for work—  it will become increasingly common for couples with children to want to split responsibilities.

I Just Need to Wear the Pants

Despite changing norms, many men may maintain that they can’t sacrifice one pant leg, much less the entire pair of pants. If that’s the case, here are some tips for wearing the pants in a relationship:

Hopefully, this post helps describe not only how to wear the pants in a relationship as a guy, but whether you should.

As with most issues, it largely depends upon circumstances, and is rarely black and white.

← The Critical Element that Gets You Results From Penis Extenders: Ease of Usage
What It Is The Experience Like to Put On a Penis Extender →